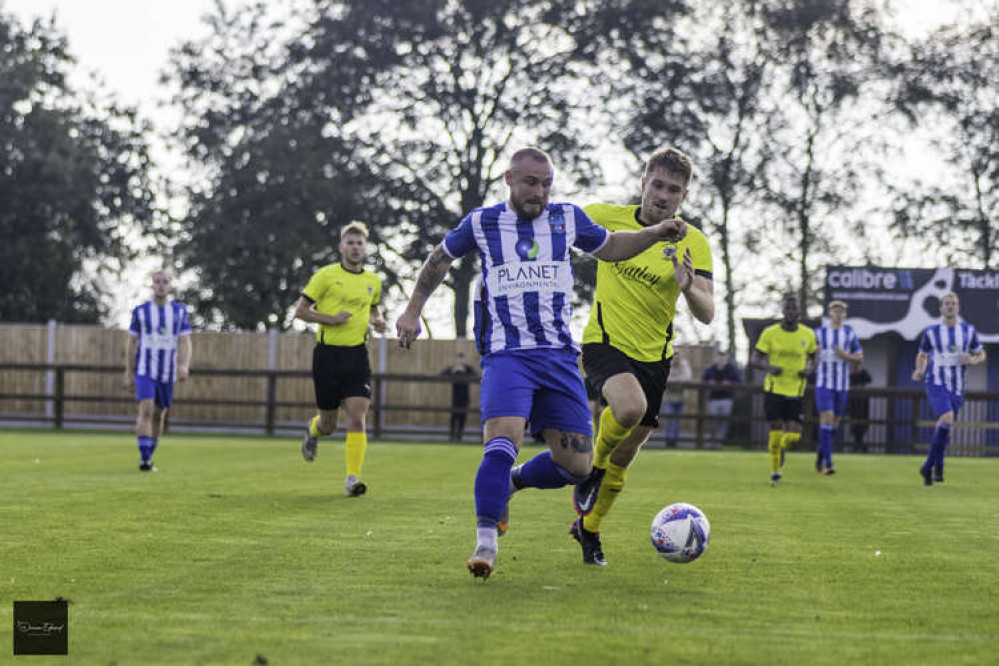 Sandbach United new signing Brian Barton scored his first goal for the club on his debut as the Ramblers beat Wythenshawe Amateurs 2-1.

After a tough loss against Stafford Town, Andy Hockenhull made some changes to the starting eleven and handed a debut to Brian Barton, recently acquired from Congleton Town.

Jack Hart, Chris Rowntree and Declan O'Riordan also started the match. The match started evenly, with the visitors seeing slightly more of the ball in the opening minutes but neither side creating any chances of note.

The first shot of the game fell to the Ramblers in the 10th minute, as Billy Buckley found some space on the edge of the 18-yard box but his effort rolled wide.

Wythenshawe scored with their first effort on target three minutes later, when a good cross was met by the head of Francesco Frangillo to fly past Danny Hamlett and put the visitors one goal ahead.

Wythenshawe looked good value for their lead in the minutes that followed and tried to feed the league top scorer Saul Henderson in an attempt to increase their advantage, but the Sandbach defence stood firm to keep him and the rest of the Wythenshawe front line quiet.

Sandbach began to dominate after 25 minutes, with Robbie Hatton seeing a low shot saved by Kyle Haslam. The screw began to turn as Bobbie McDonnell tried a couple of trademark curling strikes from outside the area, but both efforts were narrowly off target.

Barton had been working hard and chasing every ball from the first whistle and was rewarded with a goal in the 38th minute, albeit Haslam had a moment to forget.

The goalkeeper was too slow to get the ball out from under his feet in open play and was dispossessed by the tenacious striker before he rolled it into the unguarded net.

A flurry of Sandbach chances followed the goal, with Haslam making up for his error by producing a string of saves from Hatton, Barton and McDonnell, along with an excellent goal-line clearance from a desperate Wythenshawe defender after Jack Hart had rounded the keeper.

Robbie Hatton scored what turned out to be the winner in the 44th minute, as he swept in a teasing cross from dead-ball specialist Buckley, with the shot rolling past Haslam before he could react.

The second half started slowly, with neither side committing too many men forward in attack. The best chance fell to McDonnell in the 66th minute, as he fired a powerful shot on target that Haslam parried away to safety.

Buckley tried a long-range effort a few minutes later but Haslam scrambled across his goal to tip it behind for a corner, which the Wythenshawe defence dealt with.

As the minutes ran down for the visitors to get back on level terms, Sandbach began to employ some game management tactics to see out the victory.

Tempers threatened to boil over at times as several Wythenshawe players began to pick up yellow cards for frustrated fouls, as the Ramblers defence were resolute and prevented any efforts on Hamlett's goal until the final whistle blew.

After the game, Hockenhull said in an interview how he felt "the attitude was different, and the energy was different. The work rate was much better, and we won every second ball, and every player never stopped working and that's why we deserved the win!".

Sandbach's win did not affect their position in the league as they remain in 5th place, now only 6 points behind 4th place, and with a game in hand.

Victories for the chasing pair of FC Isle of Man and Cheadle Town sees both teams only a point behind the Ramblers ahead of the Cheshire side's midweek trip to 10th-place Cheadle Heath Nomads.