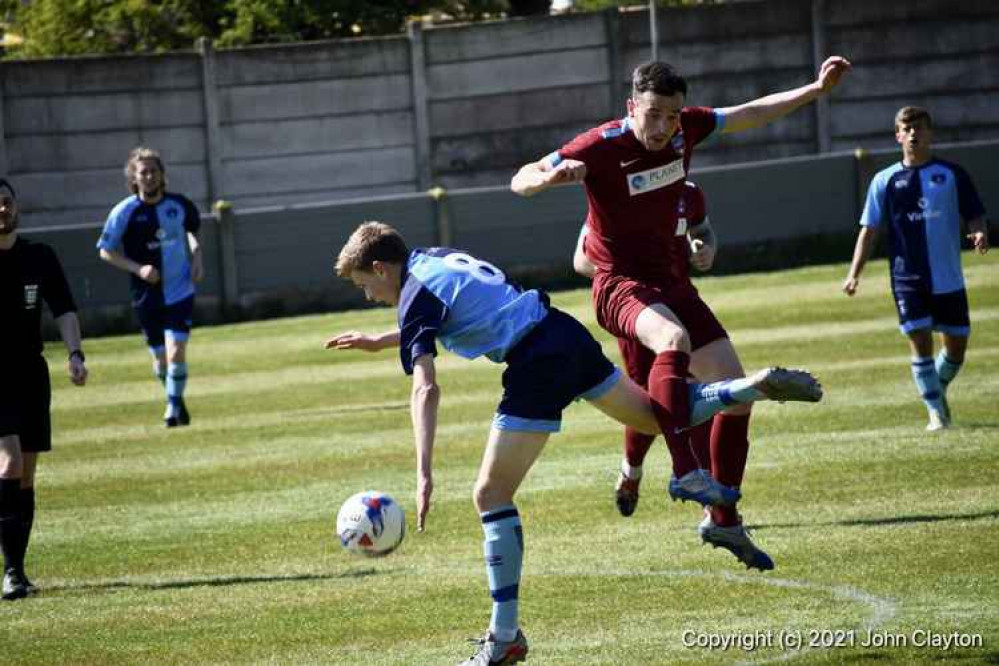 A beautiful Saturday afternoon marked the perfect occasion for football, with sunshine glistening off the players shirts as they walked out for the second round of the St Luke's Cup in Northern Cheshire.

Andy Hockenhull had a lightened squad entering the match, with Robbie Hatton missing out again due to injury. Steve Jones, scorer in the 4-1 loss to Skelmersdale, was also absent along with tricky winger Kieran Garner-Knapper. Nevertheless, the plethora of defensive options allowed Hockenhull to deploy three central defenders at the start of the game, hoping to record their first Cup win at the second attempt.

Runcorn recorded the first real chance of the game after 10 minutes, when a fierce long-range strike was well turned around the post by Danny Hamlett. This attempt seemed to wake up a stagnant Sandbach attack, who raced up the other end through Bobbie McDonnell, who in turn released Aaron Knight but just slightly overhit the pass.

On 23 minutes, the already hefty Sandbach injury list saw Josh Lane as the latest entrant, after the forward pulled up and signalled to the bench, with defensive midfielder Callum Evans replacing him. The introduction of Evans brought some balance and assurance to the team, and further ignited Sandbach's attack. The Ramblers quickly began to dominate proceedings and create chances, with both McDonnell and Knight drawing sharp saves from Adam Reed.

Runcorn's resistance was eventually broken in the 36th minute, when wing-back Adam Clayton won the ball back high up the pitch and had the vision to spot McDonnell making a dangerous run. The pass was weighted perfectly, and the finish from McDonnell was sublime; lifted gently over the onrushing Reed and into the goal.

Runcorn were indebted to Reed once again when he made a quite remarkable save moments later, as McDonnell fired a strike towards the top left corner but was denied by a fingertip stop.

Sandbach had their tails up and were hounding the Runcorn defence, and eventually scored their seemingly inevitable second goal on the stroke of halftime. McDonnell was yet again the scorer, as he burst past one defender before shaking off the next and firing a brilliant strike into the top corner, leaving the home defence stunned.

The hosts were hungrier for a goal in the second half and had their best chance of the game on 56 minutes, when a superb Hamlett stop was followed up by an incredible goal-line clearance from captain Chris Rowntree. Knight then almost put the game out of sight when he waltzed past the Runcorn defence before drawing another save from Reed.

The home side got their goal through substitute Marcel Aziamale on the 69th minute, after a defensive mix-up allowed him to fire home from inside the 6-yard box.

Sandbach then had their misery compounded after Kieran O'Connell was shown a straight red card 13 minutes from time. After Aziamale controlled a long pass, O'Connell slid from behind in an attempt to win the ball back. Despite getting a foot on the ball, the referee deemed the challenge reckless enough to warrant an immediate sending off. Despite their backs to the wall for the final period, Sandbach's defence stood resolute enough to take all three points back to South Cheshire.

Curshaws have hands on title after 2 more big wins