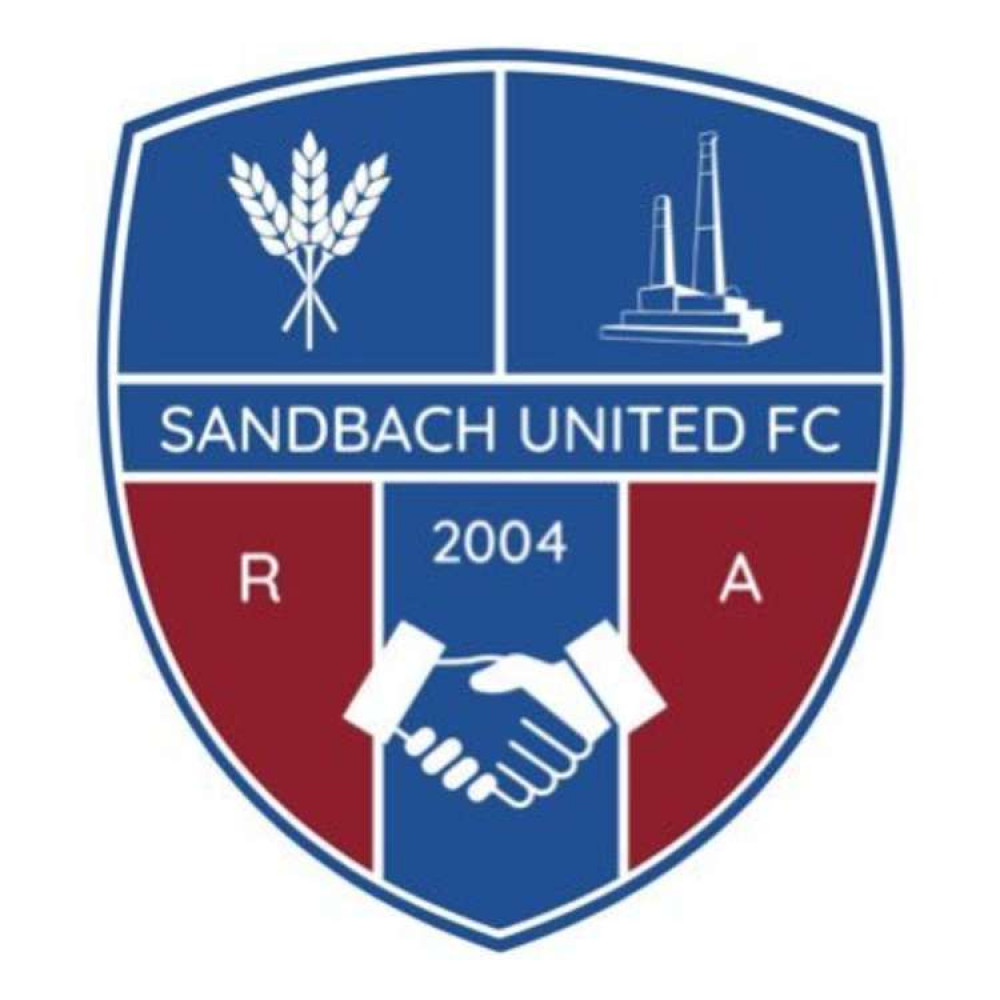 Right-back Matthew Pearson scored a perfect hat-trick as Sandbach United came from behind to beat Rocester 4-3.

With illness and injury depleting the Ramblers squad, particularly defensively, Andy Hockenhull was relieved to welcome back Ollie Pope to the starting line-up.

Liam Fitzpatrick also kept his place on the left wing after strong showings in successive games.

Sandbach started in typically dominant fashion, moving the ball around quickly with slick passing, and scored the opening goal after 8 minutes.

Billy Buckley spotted Pope's late run towards the back post and floated in an outstanding cross for the young winger to turn in on the half volley from 6 yards.

Rocester were pinned back by more probing Sandbach attacks but equalised in the 17th minute with their first set piece.

A corner was whipped towards the penalty spot, where it was met powerfully by Cavan Holford to steer into the top right corner, leaving goalkeeper Danny Hamlett with no chance.

The home side continued their dominance of possession as they looked to carefully break down the Rocester defence.

Shots from Pope and Pearson were claimed well by Mundle before the Romans took the lead for the first time in the 26th minute.

Immediately after a Mundle save, the visitors counterattacked through Charles Leybourn, who saw his rasping shot palmed away by Hamlett, but only to the feet of Seedorf Mendes who calmly slotted it into an open goal.

Only five minutes later, Sandbach were level again as Pearson met a dangerous corner with his head and guided an effort past Mundle into the net.

Rocester took the lead again in the 37th minute, this time from the penalty spot.

A late sliding challenge from Jack Hart was penalised, and although Hamlett saved the spot kick, the rebound fell perfectly to Holford who simply could not miss.

The Romans went down to 10 men less than a minute after the restart, when the referee brandished a straight red card to Leybourn for a high lunging tackle on Hart right outside the Sandbach technical area.

In the second half, Sandbach looked to capitalise on their man advantage, whilst Rocester looked to hold on to their slender lead.

A party of blue and white shirts were camped around the Romans 18-yard box taking shots from distance for much of the second half, but a combination of excellent defending, goalkeeping and wayward shooting kept the Ramblers at bay.

Fitzpatrick thought he had pulled the home side level after 70 minutes when a low cross ran all the way to him 12 yards out, but his first-time strike rattled off the crossbar and out for a goal kick.

Sandbach were not to be kept out forever though, and Pearson notched his second and his teams third two minutes later.

Substitute Brian Barton held the ball up brilliantly 15 yards out before playing a short lay off to Pearson, who's right-footed strike was tucked beautifully low into the

bottom left corner. Pearson then made it a perfect hat-trick in the 84th minute as Sandbach led for the first time in over an hour of play, when he linked up beautifully with Robbie Hatton on the right flank before firing a dipping left-footed half-volley past Mundle at his near post. Sandbach searched for a fifth to put the game well and truly to bed but despite the flurry of shots, particularly from Buckley, Rocester kept themselves in with a chance until the final whistle blew, confirming a much-needed league victory for the hosts. Speaking to us after the game, Pearson exclaimed "I didn't think the ball was going to go in the back of the net if I'm honest! We had loads of attacking threat down the sides but just couldn't get the ball into the box well enough, but luckily I got that left-footed shot outside the box. Bottom corner, I'll take that!" With that home victory for Sandbach United, they are now only three points behind 6th-placed Cheadle Town, with a game in hand on the Manchester side. The Ramblers next travel to 5th-placed Wythenshawe Amateurs, hoping to reignite their push to finish the season in the top five.