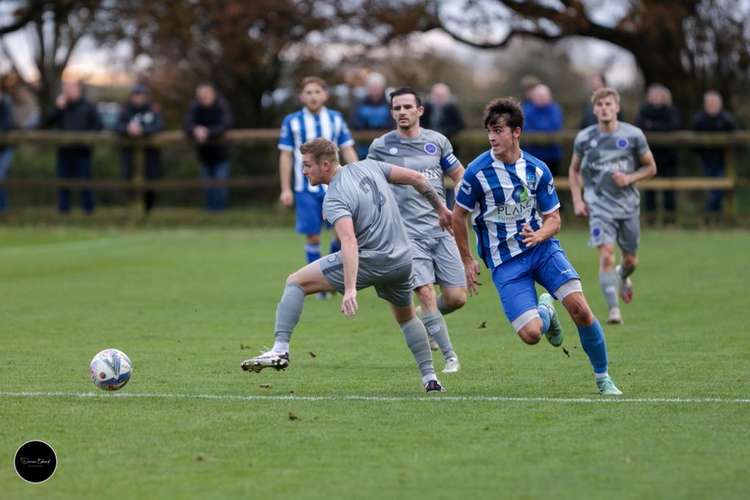 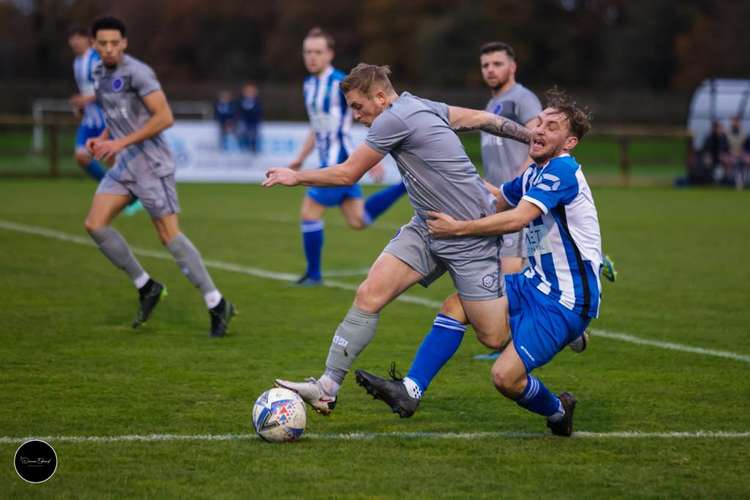 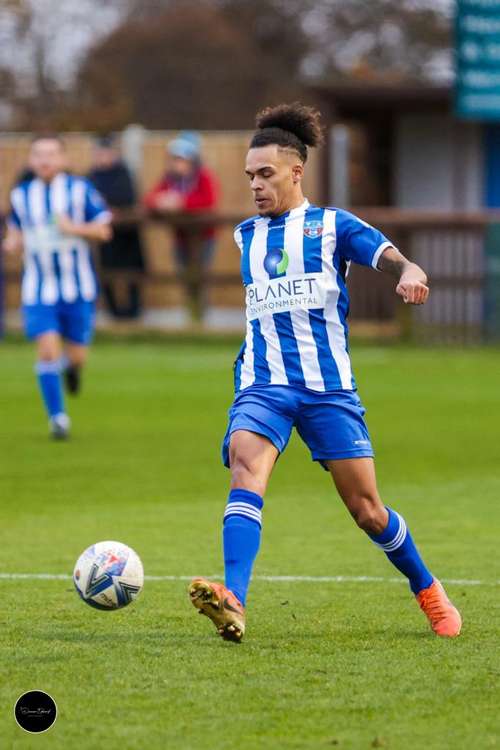 Captain Chris Rowntree scored the only goal of the game as Sandbach United knocked favourites Hanley Town out of the FA Vase.

The Second-Round tie was eagerly anticipated by both sets of fans, with the red-hot Stoke side unbeaten in the Midland Premier League and one of the favourites to win the coveted trophy.

Hanley came into the fixture five points clear at the top of their league, scoring ten goals in their last two games. NWCFL South Division side Sandbach, a step below their opponents, were in a run of poor form after no wins in their last five games across all competitions, including a 2-1 defeat to the EFL's Crewe Alexandra in the Cheshire Senior Cup.

Sandbach started the brighter side on an overcast afternoon in the North West, as a Liam Fitzpatrick cutback in the opening minute ran all the way to midfielder Sean Moscrop, who's near-post shot was well saved by ex-Kidsgrove goalkeeper Kieran Harrison.

Hanley showed their attacking potency from set pieces early on, with player-manager Carl Dickinson heading over twice from corners in the opening 15 minutes.

Fitzpatrick, the goal scorer at the Mornflake Stadium in midweek, was the main outlet for the hosts down the left flank and almost set up Jack Hart with a fantastic reverse pass through the defence but Harrison was alert and off his line swiftly to dispel the danger.

Hanley's best chance came with the last kick of the first half, as a Dickinson free kick was saved comfortably down low by Danny Hamlett.

In similar fashion to the first half, the Ramblers were fast out of the blocks from the restart, as Fitzpatrick beat the Hanley defence with skill before unleashing a goal-bound shot that cannoned off an unsuspecting Hart to give the relieved Hanley side a goal kick.

Only three minutes later, substitute Henry Southern passed it to advancing fullback Callum Chapman, who's first-time cross was met by Robbie Hatton but smashed off the far post, with Harrison stranded.

Harrison was called into action several more times as the half wore on and Sandbach built up their attacking momentum, as the stopper made some excellent saves to deny the likes of Hart and Billy Buckley from opening the scoring.

The visitors resistance was eventually broken by Sandbach club captain Chris Rowntree in the 76th minute, as a wicked corner was met by a strong header off the near post and in, to the response of carnage amongst the Sandbach players and fans.

Hanley reacted by substituting on Louis Dodds, who made just short of 300 appearances for EFL club Port Vale.

They threw everything forward to try and work their way back into the game, but a robust Sandbach backline worked in tandem with a defensive masterclass by Stanley Tatters kept Hamlett's goal safe.

Deep into stoppage time, a Hanley corner was met by the head of Kyle Stubbs but flew wide of the far post, before the referee's final blow of the whistle confirmed arguably the biggest FA Vase upset of the round, and Sandbach booked their passage into the third round of the competition for the first time in the clubs history.

Speaking after the game, Sandbach manager Andy Hockenhull praised the work ethic of his players, saying: "It's huge for us.

"We played well on Tuesday [against Crewe] and we carried that into today.

"When I brought Chris on he had to play centre half for a bit throwing him in at the deep end!

"Then we sorted it out to get him back into midfield. Defensively, we got a clean sheet against a very good and strong team that were unbeaten.

"We've got plenty of positives to take from that into Tuesday [against Rocester]."

Both teams now return to league action, as Hanley travel to Wolverhampton Casuals on the 27th of November whilst Sandbach United host Rocester on Tuesday 23rd November.