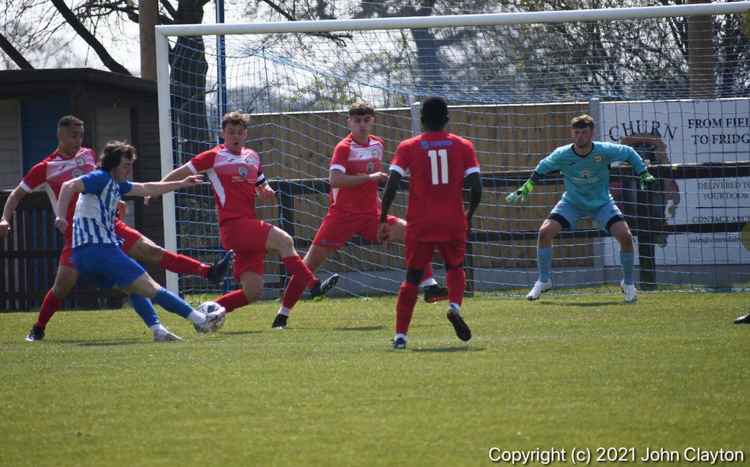 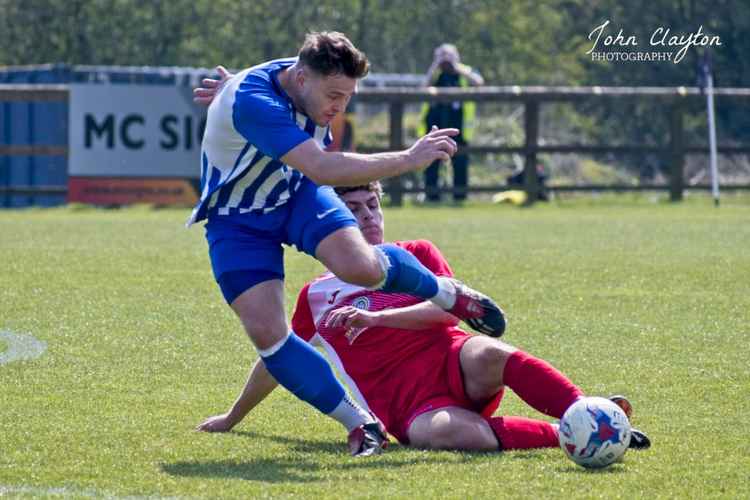 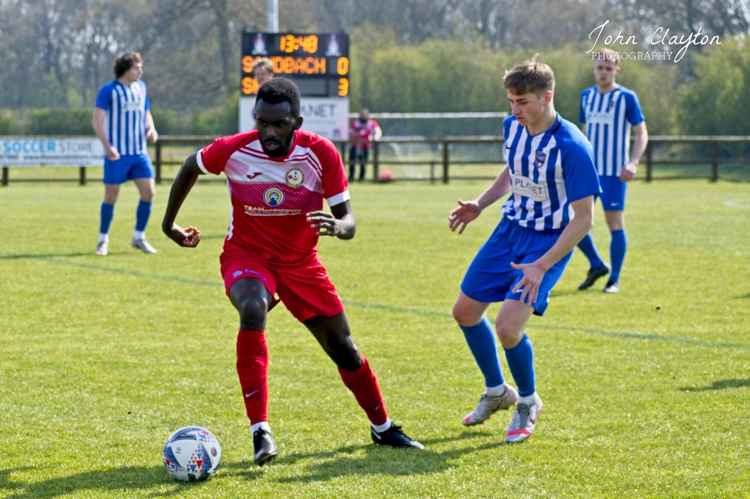 The Ramblers' inaugural match of the St. Luke's Cup ended in defeat to the visiting Skelmersdale United, with the NWCFL Premier side winning 4-1.

The beautiful sunshine warming the Hind Heath Road pitch was more than enough to set the mood for a great game of football; something 2021 has been sorely lacking around Sandbach.

Skelmersdale took the lead in the fifth minute of the game with their first meaningful attack, as Emini Adegbenro broke free of his marker in the box and lashed home a deflected cross on the volley.

The Ramblers largely struggled to get into the game from then, with the away side's back line able to deal with any attacks before they entered dangerous territory. However, in the 21st minute, Sandbach saw strong penalty shouts denied after Scott Evans was clumsily brought down. Sandbach were spurred forward by this and began to dominate proceedings.

Despite this Sandbach attacking pressure, Adegbenro doubled the visitors and his own tally in the 36th minute when he broke forward and powered a vicious shot into the net against the run of play. Skelmersdale then grabbed their third minutes later, when a cross was dummied by Adegbenro to leave an open goal for captain Michael Grogan to tap home.

Andy Hockenhull made a couple changes at halftime, and the Ramblers started the second period as the better side. Bobbie McDonnell curled a long-range effort just wide, and Aaron Knight curled in a dangerous cross that threatened to creep in at the far post.

Skelmersdale, and Adegbenro in particular, always looked menacing on the counterattack, and almost put the game completely to bed in the 68th minute but Danny Hamlett was equal to a low, rasping shot following another counterattack.

Sandbach got the goal their possession and dominance deserved in the 71st minute through veteran striker Steve Jones. Jones himself drew a foul outside the box as Taylor Jones tripped him over, before the forward dusted himself down and curled a brilliant free kick into the net.

The Ramblers had their tails up after the goal and looked reinvigorated, and almost came within a goal after a fantastic Josh Lane cross that would have been a certain goal had anyone got a touch on it. McDonnell then cut open the defensive line with an excellent fake shot before his curling strike beat the keeper and was headed off the line.

Sandbach's pressure was relentless on the Skelmersdale goal as they searched for a way back into the game, but ultimately paid the price as they conceded a fourth through yet another counterattack. Adegbenro sealed his hat trick after receiving the ball around 12 yards out, and with only the keeper to beat he buried it, with Hamlett getting a glove to it but not enough to prevent the goal.

The Ramblers travel to Runcorn Town next weekend, who lost the other St. Luke's Cup game 2-1 against Winsford United.

Curshaws have hands on title after 2 more big wins